Who’s Who in the Landcare Zoo? 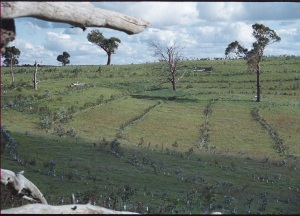 Landcare is celebrating it’s twenty-fifth birthday this year. But what is Landcare today?

For a background on the development of Landcare, this publication is great, it highlights the organic development of the Landcare movement, especially the individuals and groups involved.

If you want to engage in Landcare, who do you talk to?

Here is my mud-map of the Landcare movement, the various actors and their roles – from the ground-up:

Non-government Organisations (largely supporting the above, one way or another):

Government Organisations and their Officers (largely supporting the above, one way or another):

If I have missed anyone or mis-represented anyone, please shout-out and I will update it…