END_OF_DOCUMENT_TOKEN_TO_BE_REPLACED

Nature Behind the Scenes

“If a tree falls in the woods in 2015 it will probably be recorded, and we have another year of surprises to look forward to…”

According to my Twitter profile, I have been on social media since 2010.  It seems to me the camera trap really came of age last year as a tool for publishing ecological interactions instantaneously. Perhaps I followed different people in the year, or a few big labs brought their cameras in for the first time, but there was a plethora of cool stuff captured and shared in Australia in 2014.

I am stoked for the new generation of ecologists with these tools at their disposal, capturing moments of ecological interaction that reams of peer-reviewed publications can’t portray in the same way.  Interactions are the essence of ecology, and a picture tells a thousand words.  Here I compile some of the most engaging photos and users of camera traps in Australia – let me know if I have missed anyone…

END_OF_DOCUMENT_TOKEN_TO_BE_REPLACED

OK – I wasn’t prepared. All those maps of Australia show Alice Springs as the dot in the middle. All those maps are two-dimensional. I expected, for some reason, a flat depauperate ‘desert’ landscape. And I am supposed to be a trained ecologist… 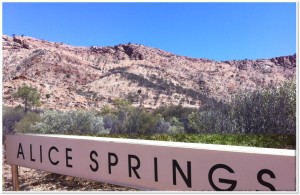 Flying in I was surprised by the number of trees in this ‘arid’ landscape. Then trekking into town you are confronted with emergent geology which juts out at you in no understated way. So straight-away two myths blown out of the water – it is not flat, and it is not scant of interesting plants…

I start my Alice adventure at the Desert Park – recommended to me by many. It turns out to be a fantastic entrée and a good decision. Luckily its bird week and I bump into some avid twitchers on the way in from the local Birds Australia crew [note-to-editor: update memory banks with new name] – they give me some tips and we realise we will cross paths again later this week… END_OF_DOCUMENT_TOKEN_TO_BE_REPLACED

Landscape Repair – Who Should Pay?

“expenditure on programs to restore the landscape shouldn’t be accounted as an ‘expense’, these costs should be capitalised, recognising they are investments in the Australian landscape asset that will harvest returns for generations”

Australia is an ancient continent. After tens-of-thousands of years of indigenous use of the already-old land, we decided to ramp up our impacts…

In pursuit of agricultural development, for the expansion of the national economy, we cleared the land of its native ecosystems and processes and tried to impart a Euro-centric farming system. We used the full suite of policy levers available to effectively clear the land…

We did a great job too…